One of the primary goals here at the ranch is to build a reliable off leash recall with the dogs and build their ability and willingness to move with a handler off leash. I want my trainees to go for a plain old walk with their owners, and to have a strong measure of safety with a recall in our complex suburban world.

Most, but not all, of the trainees achieve this level. We have some of the teeny, tiny guys with whom I prefer, for safety reasons, to not cut totally loose on the ranch who still build a great recall. Occasionally, I have dogs who are so far behind the behavioral curve that rehabbing them from their internal chaos takes priority with the owner and I over full off leash reliability. But the vast majority of dogs learn and thrive on the off leash work.

You see that movement triggers something we call proprioception. (For more, see the article, Proprioception, Balance by Any Other Name.) Proprioception is a complex neurological system that enables living creatures to orient themselves to gravity by means of sensors in each of the motor joints. But it is so much more than that. In ways we don't fully understand, stimulation of the proprioceptive system enhances brain capacity. As the pups begin to move, really move across terrain, their ability to sequence information, to problem solve, to extrapolate, to generalize increases at a geometric rate. The younger the pups are as they stimulate that system, the more we allow it to develop to its full potential.

So, for me, it's not just the practicality of being able to recall our dogs at a distance, but allowing them to move allows them to flourish in ways they never will without that movement. Yes, I absolutely want to be able to recall Duke from running down the block, but I also want to build the smartest, most well balanced and confident Duke I can for his benefit and yours. 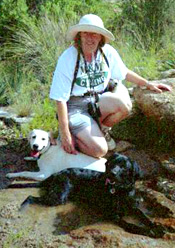 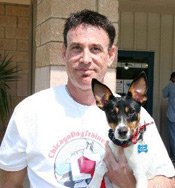 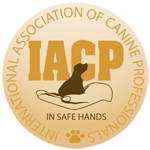